The coronavirus has killed more than 1 million people but it saved freshman Naseem Khaalid. Now he's gearing up for his first collegiate basketball season 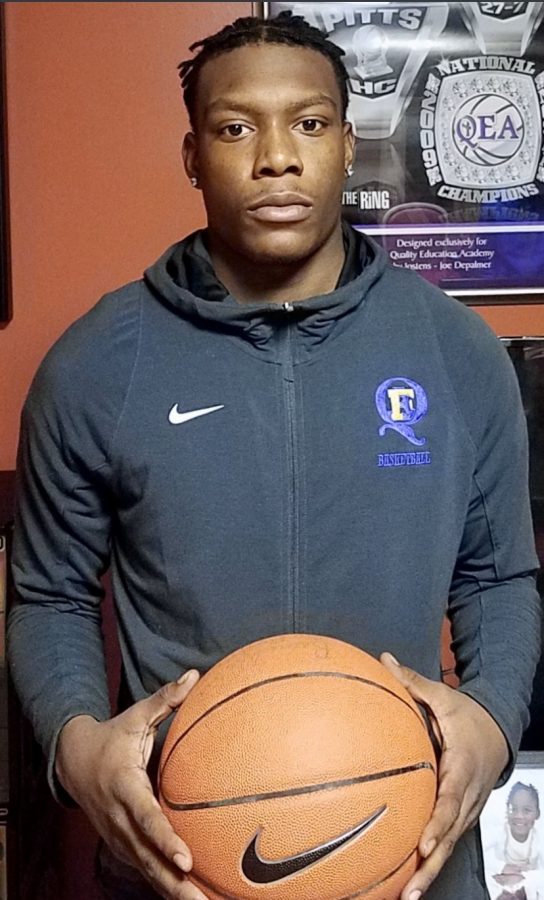 When the coronavirus forced the country into a standstill in March and nearly every institution moved to remote learning, 19-year-old Naseem Khaalid, a freshman point guard, stopped attending classes for one month during his senior year of high school.

But with the help of assistant coach Brian Merritt, a family friend, he graduated high school and committed to Morgan State in April on a full athletic scholarship.

The 180-pound South Carolina native originally committed to Florida State University his sophomore year of high school. But he accepted Morgan’s offer to play basketball on April 15 despite an ankle injury that plagued the last two years of his high school basketball career.

“Out of the five percent who coronavirus helped, it helped me a lot,” Khaalid said. “The pandemic actually saved my life.”

When Khaalid originally committed to Florida State University his sophomore year of high school, he said Merritt continued to call him every day. Khaalid, who has known Merritt since elementary school, said their conversations go beyond basketball as Merrritt gives him advice about navigating life on and off the court.

“I’ve known Naseem since he was in the fifth or sixth grade,” Merritt said. “I knew he was going to be someone that I might get to coach someday.”

Named a four-star recruit by ESPN, President David Wilson was eager to congratulate Khaalid on social media when he first heard the news.

“We welcome Naseem Khalid, one of the top high school basketball talents in the country, to the National Treasure,” Wilson said in an April Twitter post.

Now Khaalid is one of 300 students living on campus. He said the extra time he would’ve used attending in-person classes is now dedicated to more time in the gym.

“Everybody is trying to grind,” he said. “Whether it’s in academics, football or basketball.”

Although Khaalid is only a freshman, his goal is to be a leader on his new team. He said as a point guard, it’s his responsibility to be a coach on the floor.

“He’s always looking to make the right pass and he loves to find the open man,” Miller said.

Khaalid is now preparing for his first season with the Bears since the Mid-Eastern Atlantic Conference posted Morgan’s basketball season schedule on Oct. 22. Their first game is scheduled for Jan. 2, 2021 in Princess Anne.