With Baltimore's mayoral election just weeks away, The MSUSpokesman sat down with Brandon Scott, Baltimore's City Council President and Democratic nominee, for an in-depth conversation 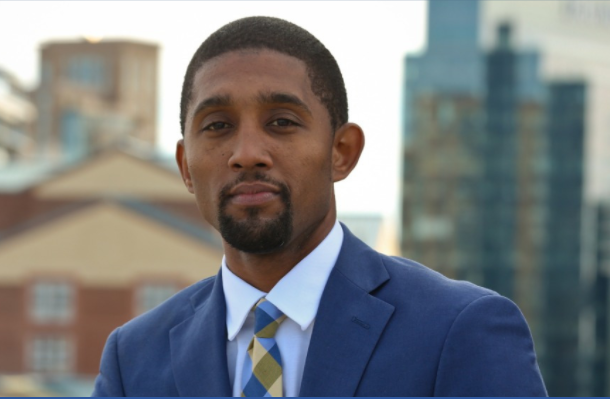 On Nov. 3, not only will the country vote for its next president, Baltimore residents will also vote for their next mayor. The candidates include Democratic nominee Brandon Scott, Republican nominee Shannon Wright and entrepreneur Bob Wallace.

Scott, Baltimore’s City Council president, was born and raised in West Baltimore. Throughout his life, the 36-year-old has witnessed both the beauty and disadvantages of the city. As one of the youngest ever elected to the Baltimore City Council, Scott now has his eyes set on a new role—Baltimore City mayor.

The mayoral seat witnessed the scandalous resignation of former Mayor Catherine Pugh in May of 2019. However, Scott plans to change that narrative if elected through his government transparency and accountability initiative.

In an interview with The MSUSpokesman, Scott speaks about his decision to table his bill on digital billboards, the purpose of the bill was to raise revenue for Baltimore without burdening taxpayers, and gun violence in the city.

If someone unfamiliar with you googled the phrase Brandon Scott, what would you want the first three results to say. Meaning what are three key things about you?

You were born and raised in Baltimore. What are some of the misconceptions you feel people have about the city?

One first and foremost, that Baltimoreans don’t care about their city and their community, Which is far from the truth. You see that all the time. You see when things happen and when people aren’t looking. When the cameras aren’t pointed at Baltimore, people are working every day to make their city a better place.

Two, that people and families can’t thrive here. We can see that every day, that yes, we are a city that has problems. But there are folks who are here in Baltimore who are thriving and we just need to create an environment for many more to do that. Last thing I would say is that Baltimore is a place where there is no culture. Baltimore has a deep deep history and a deep deep culture of its own that plays a part throughout African American history in this country.

What empowered you to remain in Baltimore as opposed to moving to another state or city?

Who better than to make Baltimore the best Baltimore it can be than someone who grew up on the wrong side of Baltimore and understands all that is broken about the city and make it right.

After community pushback, you decided to table the bill regarding digital billboards. Why was it important to listen to strong opposition from the community?

Well, that’s just the way I have always operated. This was something that we were looking at trying to create revenue in the city without burdening the taxpayers. But once we understood the community opposition, you have to go back to the drawing board. You can’t be a public servant if you’re not serving and listening to the residents and citizens that you are sworn to working in the best interest of.

How can your initiatives like consent decree and tackling illegal gun flow extend to campus safety, especially after the murder of Manuel Luis in July 2019?

To me, these things are about Baltimore. We have to stop treating our colleges in Baltimore like they are on an island within themselves. They are a part of the city. When you talk about gun trafficking, for example, those guns that are being brought into Baltimore from Virginia, West Virginia, surrounding counties, Georgia in some cases, Michigan.

When guns get into the hands of someone illegally, who we know is going to use that to commit a crime, they don’t care if the person is a college student at Morgan, at Hopkins or Coppin. We have to tackle that issue head-on so that everyone that lives in Baltimore is protected from that kinda stuff.

What are some things you feel college administration should think about when considering reopening for spring?

It is very simple what they have done thus far and that’s the health and safety of the students, faculty and staff. Everything that we do during Covid-19 should be guided by a public health professional advice—period. Everything else is secondary to that.