Professors grapple to teach students they can’t hear or see 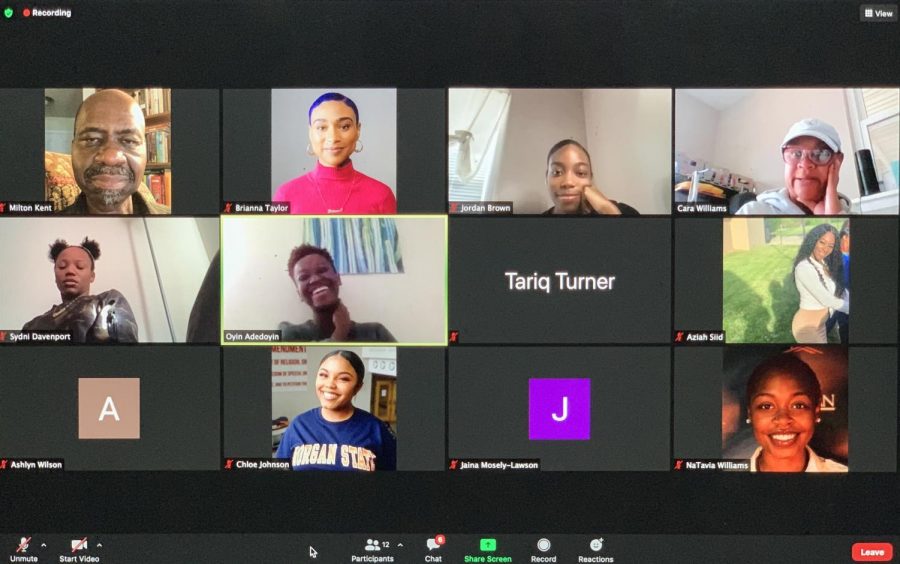 When Morgan State went fully remote in March, the university’s attention was on its students in acclimating them to online learning. But the university is well into the second month of its fall semester and now professors are struggling with the lack of participation from their students.

Classes meet with web conference platforms such as Zoom, Google Meet and Big Blue Button. Depending on the class, professors have given their students the option to join lectures without turning on their cameras or microphones.

But for Phyllis Keys, a professor in the Earl G. Graves School of Business and Management, the fact that she can’t virtually see her students has become frustrating.

“They may not really be there,” Keys said. “I have called on some students with no response even though the names are showing on the list.”

Sophomore psychology major Shamyra Brewton turns her camera on when her professors require it. She said when a student doesn’t do the same, she questions if they’re physically there.

“I find it disrespectful if a student disobeys the teacher’s order to turn on the camera unless they have a private talk with the teacher on the reason why,” Brewton said.

The coronavirus has sent many families home to continue their lives online. Students argue that they don’t feel comfortable turning on their cameras and microphones due to distractions at home.

Therefore some students understand why their classmates decide to not use thier camera, including senior sociology major Christina Williams. She said even though she turns her camera on, she believes students should have the option to not.

But for professors, being able to see and hear their students lets them know if they’re paying attention.

Whether students are choosing not to participate due to their conditions or simply because they do not want to engage in class, it’s caused a strain on what’s already a difficult attempt of teaching remotely.

“I think it’s fine if a student doesn’t want to cut their camera on because you never know what’s going on in the background,” Williams said.

“Because classes are online and I’ve spent a lot of time at home not needing to speak publicly, it’s caused more nervousness than usual when I have to participate in class,” Williams said.