COVID-19 rapid tests, which produce same day results, could be administration's answer to restoring Morgan State’s campus into something that looks a little more familiar 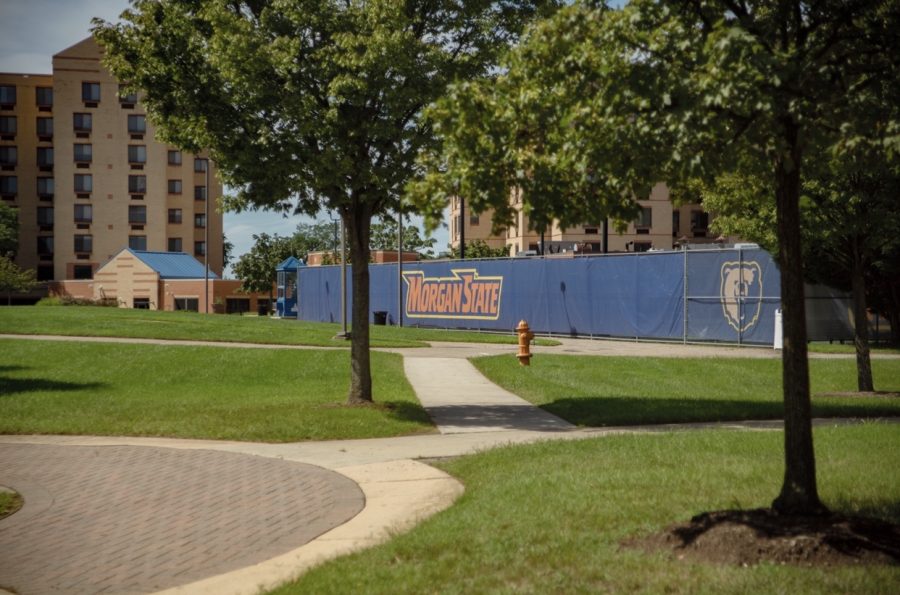 Thurgood Marshall College Fund and United Negro College Fund donated approximately 10,000 COVID-19 rapid tests to Morgan State. But according to administration, the university doesn’t know if and when the tests will be implemented into the university’s testing schedule.

“If we get to a point where we see that our numbers stay significantly low and the positivity rate of the virus stays low…then maybe as we go into October we can say, if not do twice a week, we can do [COVID-19 testing] once a week,“ Banks said.

With the continuous guidance from the College Health and Monitor Response team, who manages the positive cases that emerge on campus, the decreased frequency of testing could potentially restore the social experience at Morgan.

“Setting up a testing regime for students two times a week has been really overwhelming,” said Kevin Banks, vice president of student affairs. “From the perspective of us doing the testing and having the student come here two times a week, it’s a bit much.”

“We want to see how our students can actually learn in the environment we’re in and still be connected to each other and to the institution,” Wilson said. “And so certainly, I think at this point we are going to look at how we can work with our students on campus.”

According to Banks, the administration has begun to plan on-campus events for the 300 students on campus, including a social distance movie night.

“We even talked to athletics about maybe trying to do like a movie in the football stadium, where people can sit out on the field and socially distance and we can watch a movie,” he said.

Junior nursing major Diamond Granberry, who resides off-campus in Morgan View Apartments, is tested twice a week along with on-campus residents because she attends classes at the university. She said she agrees with the current testing schedule because it provides reassurance that she’s healthy and not affecting others within her nursing program.

“Let’s say Monday I get tested and I’m all good,” Granberry said. “Tuesday I go hang out with my friends and I end up getting COVID, but I haven’t been tested…the rest of the week I’ve been in the program and I’ve now infected other people.”

Granberry said although she admires the university’s attempt to explore efficient ways to possibly decrease the number of times students are tested on campus, she doesn’t trust her peers to follow social distance regulations.

“I don’t want to be negative, but I have no doubt the cases are going to go up,” Granberry said. “I’m not saying don’t have fun because I do believe in having fun…but also have fun and be responsible.

But for Wilson, his main concern is student safety.

“I don’t think anyone is really excited about being tested twice a week, but the bottom line is that we’re all living in a period of inconvenient realities,” Wilson said. “We just don’t want a super spreader here at Morgan.”

An earlier version of this story omitted a quote from Kevin Banks, Morgan’s vice president for student affairs. Banks said “Setting up a testing regime for students two times a week has been really overwhelming.”