‘The only way we can win this fight is together’: Morgan State holds vigil after Breonna Taylor grand jury verdict

Approximately 50 people gathered for a candlelight vigil to honor the life of Breonna Taylor, who was shot and killed by Louisville police inside her home in March 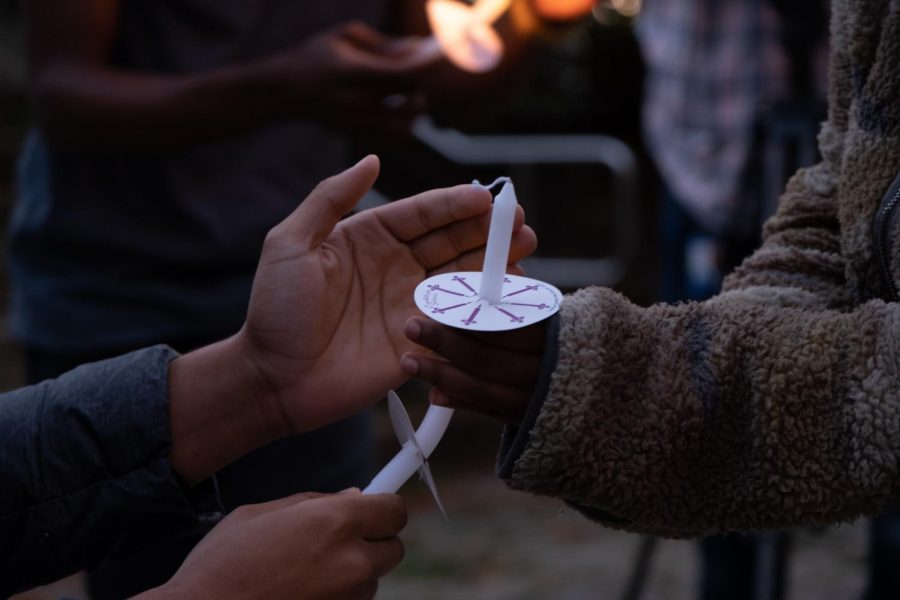 Yasmeen Yancy, a junior social work major, lost her grandmother to the coronavirus around the same time 26-year-old Breonna Taylor was killed by four Kentucky police officers in March. But when she learned that none of the officers responsible for Taylor’s death were charged with murder or manslaughter, she thought about her grandmother who would’ve wanted her to fight for change.

So when Morgan State hosted a candlelight vigil to honor Taylor’s life on Wednesday evening, she looped her face mask around her ears and joined a social distancing crowd outside the Murphy Fine Arts Amphitheater.

“I’ll wear three, four masks if I have to,” Yancy said. “I just need to show that I’m here for a reason—it’s not right and I’m not standing down.”

Guests shared common fears and frustrations with stories of police brutality and because the vigil came less than four months after students gathered to protest the murders of 46-year-old George Floyd and 25-year-old Ahmaud Arbery, the common theme of the night was frustration. But City Council President Brandon Scott, one of Wednesday evening’s guest speakers, urged the community to continue the fight towards justice.

“Never let them tell you that you can’t push for change,” he said. “Know that what you are doing here today and what young people are doing across the country will not be ignored because change does not happen without young people.”

The event, which was coordinated by political science major Jocelyn Daniels, was supported by SGA and Morgan’s National Council of Colored Women.

For many students, the vigil was a safe place for them to address and heal from the trauma of systematic racism. For Daniels, who also coordinated the first vigil for Taylor in July, it was an inspiration to carry on the fight towards justice.

“We have to continue the good fight for our people and let people grieve from the trauma we’ve suffered as a community,” she said.

The night continued with speeches from sophomore Rashashim Gafney, who said Taylor’s death is a somber reminder of racial injustice and Towson student Ciara Franklin, who led the group through prayer and song.