‘It felt like a punch in the gut’: Morgan State set to honor Breonna Taylor following grand jury verdict 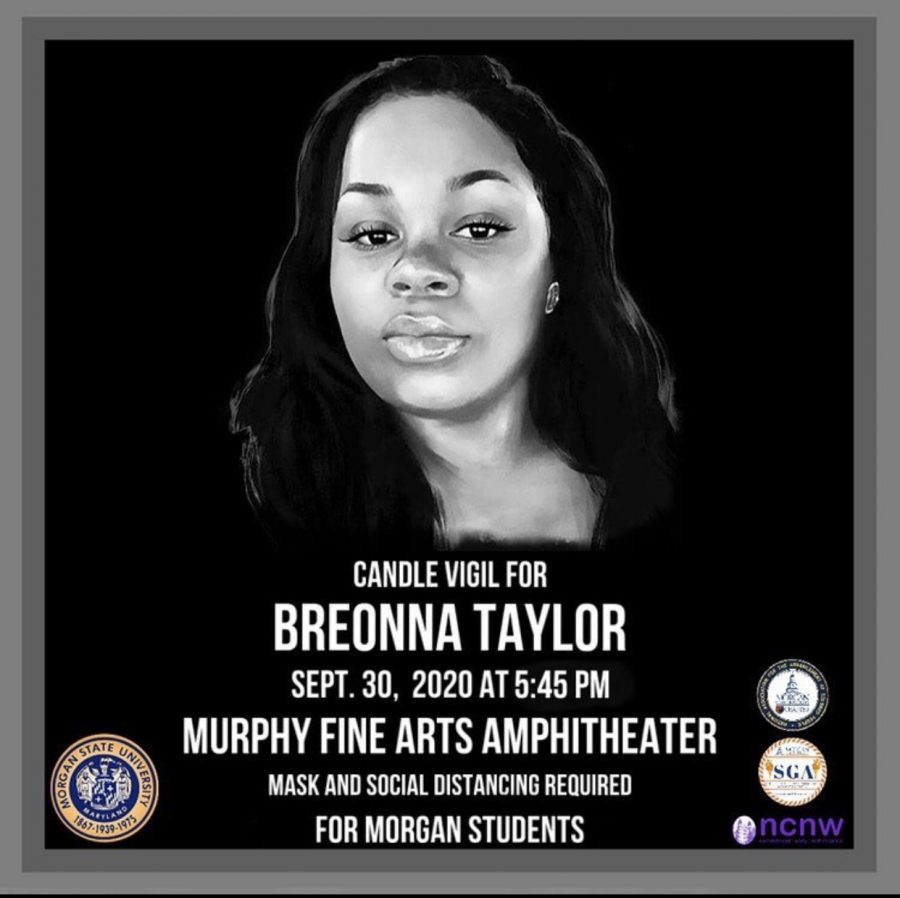 Morgan State will honor Breonna Taylor’s life with a candlelight vigil at the Murphy Fine Arts Amphitheater on Wednesday evening.

On March 13 police entered Taylor’s apartment on a search warrant in Louisville, KY and fired 32 rounds and shot her six times as she slept in her bed. More than six months later, a grand jury indicted only one of four officers for wanton endangerment and none of the officers were charged for her killing.

“This vigil isn’t simply honoring Breonna’s life, it’s shining that dim light on injustice once again,” said SGA President Alexander Freeman. “With so much going on within these past few months, it’s important that we, as a community, relieve some stress and feel the warmth and love of each other again.”

The vigil, which will be hosted by the SGA, comes a week after a grand jury refused to charge any of the officers who shot at Taylor with murder or manslaughter. Guests are asked to bring a candle and wear a mask to the event.

Like many people across the nation, Freeman was disappointed but not surprised by the jury’s decision. He said he hopes the vigil will provide the community with a place to voice their opinion, anger and frustration.

“This nation and its laws were not made by us nor for us,” he said. “Sadly, the system isn’t broken, it’s doing exactly what it was meant to do.”

Political science major Jocelyn Daniels, who’s responsible for organizing the upcoming event, also orchestrated a candlelight vigil for Taylor in July. She was heartbroken to learn the verdict during a Twitter live stream.

“Breonna’s family won a lawsuit for wrongful death, but no one was charged for wrongfully killing her,” she said. “Out of all the officers involved, only one officer was charged and it was for the shots that missed her and not the ones that killed her.”

Daniels’ only goal for the event is to give Morgan students a safe space to grieve.

Grant, who remembers praying for at least one officer to be charged for Taylor’s death, said the verdict reflects a complete disregard for Black women.

“As a Black woman, it makes me not feel safe at all,” she said.

Following the controversy surrounding Taylor’s death, Black women have taken to social media to express the egregious forms of disrespect against women of color. Many women, including Daniels, believe the verdict represents a larger issue than police brutality.

“Even when a Black woman is sleeping in her own bed, she is still a threat and something that may be attacked,” she said.  “It makes me question if we will ever truly be safe in this world,.”

The candlelight vigil will take place at the Murphy Fine Arts Amphitheater on Wednesday at 5:45 p.m.