Faculty, staff and students shocked by the news of DeWayne Wickham's decision to leave the university after almost a decade of service. 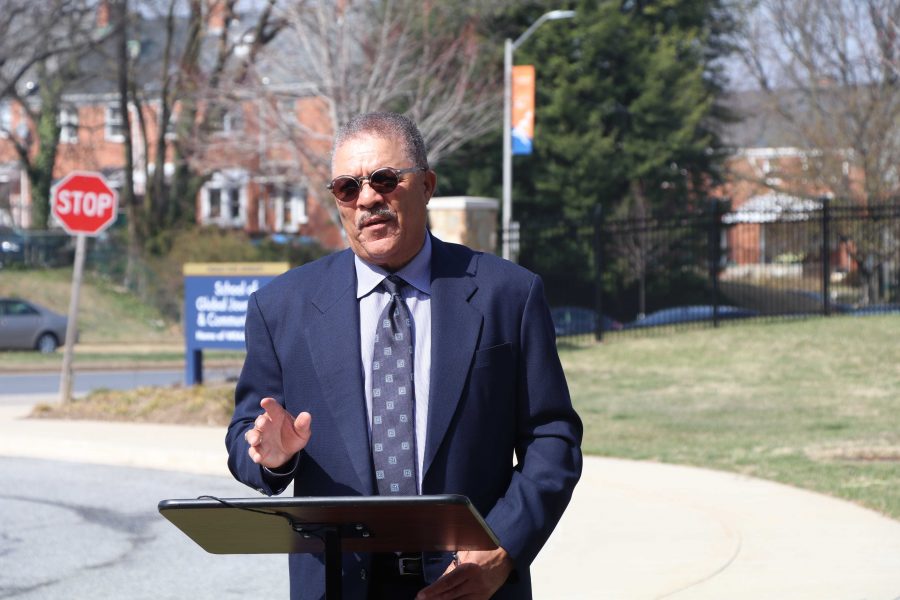 DeWayne Wickham, dean of the School of Global Journalism and Communication, will step down from his role in the summer of 2021, according to a university announcement.

Wickham, whose journalism career spans nearly 50 years, was brought on by Wilson in 2012 to transform the then Department of Communication Studies into the School of Global Journalism and Communication (SGJC). Now the newly accredited school is responsible for granting students global researching and reporting experiences to South Africa, Cuba and Greece to name a few.

“It’s never easy to leave a job you love but I’ve done what [President David Wilson] brought me here to do,” Wickham said.

During Wickham’s 9 years at Morgan, students have earned internships with some of the nation’s top media and mass communications firms such as The New York Times, CBS News, The Baltimore Sun and The Wall Street Journal to name a few.

“[Wickham] is one of the best hires that I have ever made in my career in higher education,” Wilson said in a Wednesday afternoon announcement.

Last year, with the help of Multimedia Journalism Department Chair Jacqueline Jones, Wickham initiated the inaugural partnership with The Wall Street Journal to provide business-journalism experience to his students. Now the 2-year relationship is responsible for mentoring more than 15 fifteen journalism students, including Micah Caldwell, a sophomore multimedia journalism major.

The Ohio native recalled how nervous she was to meet Wickham for the first time but by the end of their conversation, he assured her that her name would be featured on his wall of honorary students.

“Fast forward to today and my name is indeed on the walls of SGJC,” Caldwell said. “Dean Wickham believes in every single one of his students and although I’m going to miss his amazing energy, I know he’s destined for greatness in his next chapter of life.”

The decorated journalist, who’s noted as a founding member of the National Association of Black Journalists, has helped several students land journalism experience outside the building including senior strategic communication major Justus Hawkins, who was shocked by the news.

“[Wickham] has done a lot for SGJC and if he feels like it’s time to step down, I respect his decision,” he said.

Provost Lesia Crumpton-Young will begin the process of conducting a national search for a new dean in the coming months, according to Wilson.

“I knew this day would come eventually, I had hoped it would come farther down the road,” Jones said. “Dean Wickham had a mandate from President Wilson and executed it with a clear vision forged by his extensive and stellar experience.”

Jordan Brown contributed to this article.