‘Cofield was someone I believed in’: Morgan State athlete laid to rest at Wiley Funeral Home

Friends and the university's athletic community leaders gathered to pay their respects to Jordan Cofield and his family. 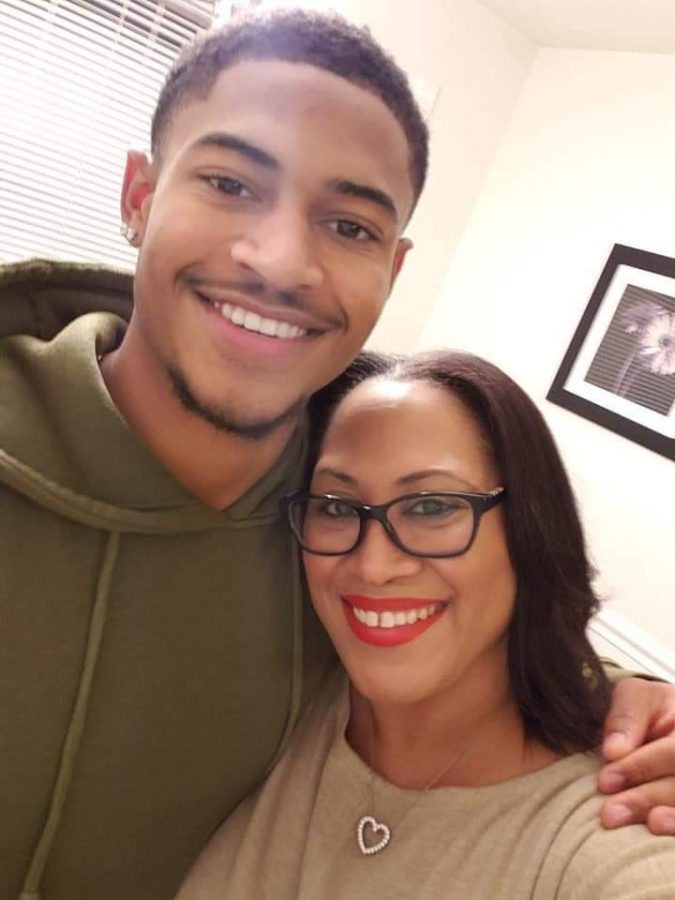 A plethora of red balloons filled the sky in Owings Mills on Friday evening as friends, family, former teammates and coaches herded to New Town High School to celebrate the life of gifted athlete and student Jordan Cofield.

Over 50 people headed to the field with masks on and balloons in hand in Cofield’s honor. Amongst the group were those who he frequently rode motorcycles with, attendees said. Some huddled in small groups to laugh at their favorite memories of Cofield, while others extended hugs to his family.

Saturday was no different as Morgan State University students and others went to Wylie Funeral Home in Randallstown to celebrate Cofield. The two-sport athlete was killed in a motorcycle crash on August 22 in the Owing Mills, Maryland area leaving thousands shocked by his untimely death.

“We definitely had a tight knit relationship,” his mother Chere Goode said. She’s attended every one of her son’s local games since he was 8 years old. “Every local game since he’s been playing football I’ve been there screaming ‘That’s my baby!’”

Cofield was also close with his three brothers. His younger brother, Zach, looked up to him as a role model, according to his mother.

“I would love for him to be remembered as a charming, handsome young man with a winning smile, a winner spirit, and a winner heart,” Goode said.

Cofield’s home-going service, which was live streamed due to coronavirus concerns, was filled with those who witnessed the rising star enjoy life to the fullest during his 20 years.

Jones, who played an instrumental role in recruiting Cofield, said that he embodied the football team’s new beginning during the 2018-19 season. He added that anyone who played a role in Cofield’s life should be proud of the man he was.

James, a Morgan track and field athlete, said that Cofield had a profound impact on his life. He added that Cofield pushed him to be the best possible version of himself.

“It’s because of Jordan that I got a full scholarship to college,” James said. “[Cofield] was someone I believed in day in and day out, admired, cared for, and loved deeper than life itself.”

Cofield was not only an athlete, but an honors student as well. The rising junior and business administration major was a Dean’s List scholar, earning a 3.26 grade point average.

Although the pandemic interrupted both his track season and what would have been this year’s football season, Cofield was on his way to setting new records for himself. Last season, Cofield ranked second in the Mid-Eastern Athletic Conference in kick return average following a successful four years as an outstanding track star during his time at New Town High School.

“He was known for his character and integrity on and off the track. He was an athlete whose character shined, right along-side of his athletic ability.” Neville Hodge, head track and field coach at Morgan, wrote in a statement to The Spokesman. “He was truly a model student-athlete who gave his all in the classroom and on the track. We lost a leader, an awesome teammate and a great student.”

Aside from sports and academic achievements at Morgan, he gave back to his own community through volunteer work by mentoring elementary school youth. His message to them was “dream big and work hard.”

Cofield was a leader, as his mother described him, who lived his life to the fullest. “There was nothing he didn’t think he could accomplish,” Goode said.

Cofield accomplished many achievements from breaking athletic records at his high school to being the first in his family to attend a university.

Many of Cofield’s friends and family took to social media after his passing to memorialize him through old pictures and videos highlighting his infectious personality, lifelong memories, and charming smile.

I will miss your contagious laugh, Jordan. You always lit up a room 🧡 RIP to a great young man. You will be deeply missed. pic.twitter.com/OMuAp7oR6E

It's a very, very sad day for our football program, we are in shock with the news of Jordan Cofield’s passing. Jordan was a tremendous STUDENT-Athlete, great teammate and will be missed by all. We send our deepest condolences and prayers to the Cofield family and his many friends pic.twitter.com/lMSY7TdZDC

Praying for my Morgan & New Town friends fr. To see someone our age lose their life is heartbreaking. It’s another tough moment to remember that never take life for granted. RIP Jordan Cofield.

“Live your life happy like Jordan did, pursue your dreams with all urgency because you never know when your life will end,” Goorde said. “The thing we say about Jordan is everything he touched turned to gold, so whatever you put your fingerprint on, make sure it represents your entire being.”