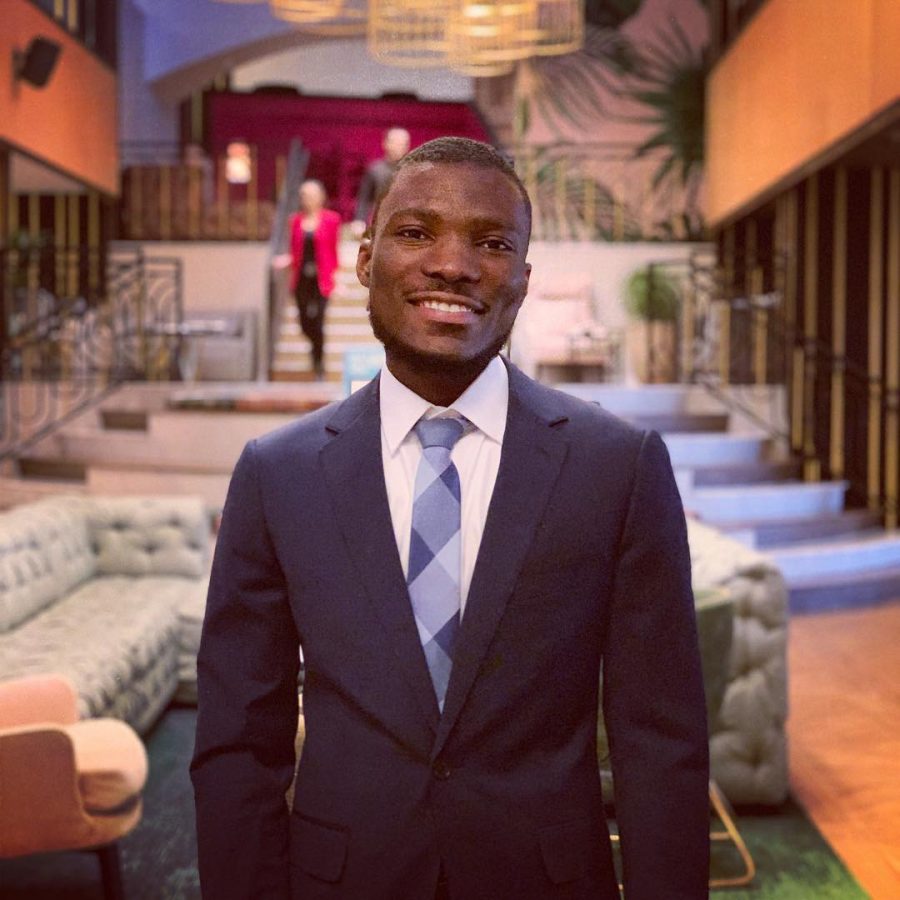 Stanley Nwakamma is a senior electrical and computer engineering major.

Any drastic change can disrupt a family dynamic. For senior Stanley Nwakamma, the decision to move to another country to further his education was the catalyst for his close-knit, Nigerian family.

The long distance and new environment caused doubts to override his mind through freshman year. Lacking confidence, Nwakamma struggled to adjust to his new environment.

“I was not used to the Morgan family, but I wanted to belong here,” he said. “When I look around, I don’t see many international students involved.”

Nwakamma said the absence of international student involvement is what kickstarted his drive to do more on campus.

Now, the rising senior and electrical and computer engineering major has been selected as the student regent for a school year that University President David Wilson has said “will be unlike any that we’ve ever experienced before.”

But Nwakamma is up for the challenge.

At Morgan State, the student regent is appointed a one-year term on the 15-member Board of Regents, who govern the university. The board sets admission standards, reviews  university policies, approves budgets and more.The student regents’ job is to incorporate the student perspective when these topics are discussed.

When the thought of higher education circled his mind, Nwakamma knew that he wanted to go to a historically Black college.

“Both of my parents are college graduates so everyone in my family is expected to get their degree.” he said. “Plus I want to have a good career.”

Thousands of students across the globe share the same dream to further their education internationally, but due to the financial fees placed on international students, they are less likely to attend. In the Hongkong and Shanghai Banking Corporation (HSBC) Value of Education 2018 Report, researchers estimated students going abroad for higher education would spend an average of $99,417 over the course of their degree. To alleviate this financial burden, Morgan’s Office of International Student & Faculty Services assists students in finding funding outside the university.

“The U.S. has more diversity in their ideas. There’s always something new, something different. That’s what I like to see and learn,” Nwakamma said.

The lack of technology that he observed growing up inspired him to major in electrical and computer engineering in hopes of building a tech hub in Nigeria.

As a rising sophomore,  he interned at the Patuxent Environmental and Aquatic Research Laboratory (PEARL) where he homed in on his interests.

By the end of his sophomore year, Nwakamma found himself in Menlo Park, Calif. for an internship with Facebook. Currently, he’s an intern at Apple through the HBCU Scholars Program.

He credits paying attention to university emails and announcements as part of what paved the way to many of his opportunities.

“Morgan has so many opportunities, we just have to go for them,” Nwakamma said.

Although the U.S. opened up more doors for him than Nigeria did, he firmly believes it is harder to get progress as an international student than it is for a U.S. citizen.

“There is a pretty even playing field at Morgan. But being involved on campus definitely helps,” Stubbs said.

Stubbs believes as long as the student is ambitious and contributes to the university, doors will always open. He firmly agrees that Nwakamma embodies these traits along with a headstrong personality to get the job done.

“Opportunities are available to everyone, it just depends on how much you want them,” Nwakamma said.

The full scholarship he received to attend Morgan left Nwakamma feeling indebted to the university from the time he arrived.

“I thought, where can I contribute at Morgan as a student?” he asked.

In 2018, he made his mark as a desk attendant to help facilitate the growth of students and mentor those that needed help. Once promoted to resident assistant, he participated in various activities like Moguls in the Making, University Innovation Fellows for MSU, President’s Leadership Circle for the 2019-2020 academic year, and being a Thurgood Marshall College Fund (TMCF) Campus Ambassador.

“Sometimes for you to make a change, it has to come from the top,” Nwakamma said when asked why he was interested in the student regent position. “ I wanted to have a seat at the table, to see these decisions being made and to contribute to them,” he said.

He shared these concerns with Morgan chemistry professor Thomas Bakupog, who he considered a mentor. Because Bakupog was an international resident himself from Ghana, the two easily bonded. Whenever advice or a letter of recommendation was needed, Nwakamma knew he had someone to turn to.

“Stanley is humble, well-rounded, and just brilliant. There’s no sign of arrogance in him and he is always willing to learn. It’s no surprise that he got this position,” Bakupog said.