Ian McBorrough was recognized for both academic and athletic success 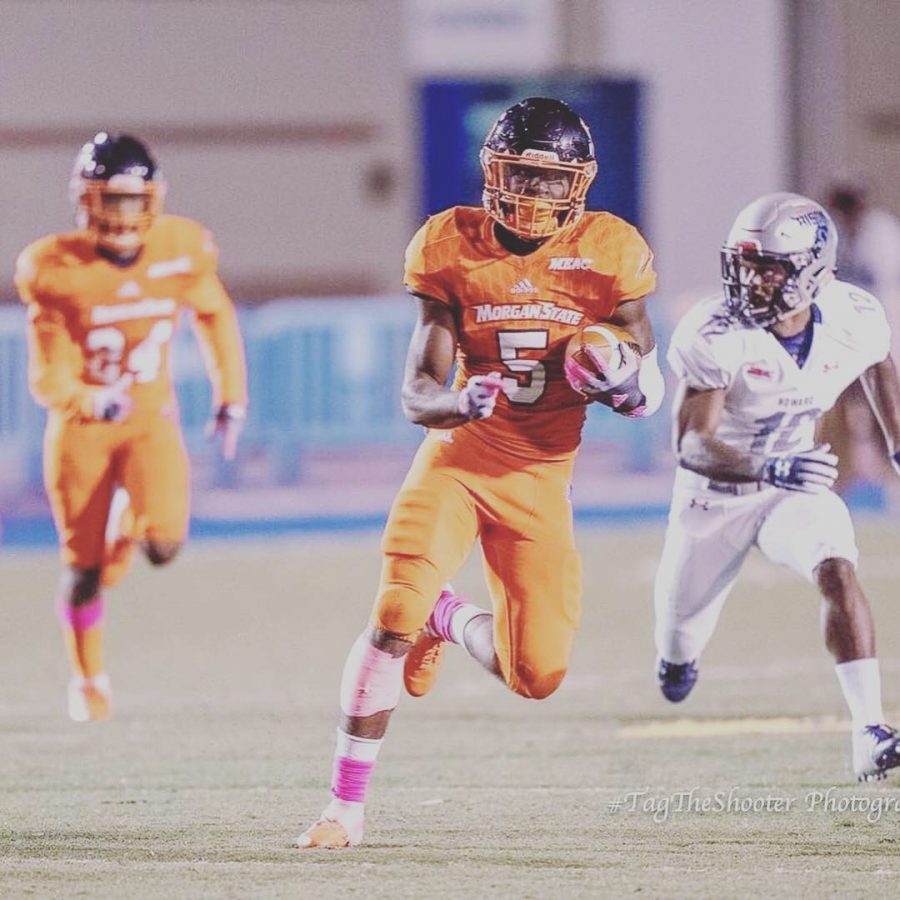 After starting in every game his freshman season, Ian McBorrough, a former Morgan State football player, went on to have a historical academic and athletic career. By the time he was a senior, McBorrough accomplished many of the goals he set for himself and earned numerous awards.

On July 6, the MEAC named McBorrough the 2020 Male Student-Athlete of the Year.

The linebacker finished the 2019-20 season with a conference-leading 110 tackles and averaged just over nine defensive stops per game. He also had five fumble recoveries, three forced fumbles and two sacks. McBorrough finished his collegiate career with 252 total tackles, ranking fifth in program history.

“I was honored because it feels like all of your hard work has paid off,” McBorrough said.

The linebacker added that his achievement was a nod to Morgan’s athletic and academic programs.

“[Morgan] can compete with anybody when it comes to academics and athletics,” he said. “I was excited to bring that type of notoriety to my school.”

The Essex, Md. native received many accolades throughout his four years at Morgan, both on and off the field. In 2018 and 2019, he was named First Team All-MEAC. McBorrough was also named to the 2019 Watch List for the Black College Football Player of the Year Award.

“[McBorrough] is the definition of the holistic student athlete,” said Assistant Athletic Director Andrew Magee. “He is elite in the classroom, on the field, and in the community.”

On top of the accolades he received, McBorrough was nominated for several more. He was a finalist for the STATS FCS Doris Robinson Scholar-Athlete Award and a semifinalist for the 2019 William V. Campbell Trophy.

In January, McBorrough became the first player in Morgan State history to be named to the Football Championship Subdivision Athletics Directors Association (FCSADA) All-Star Team. He was most recently named to the 2020 NFF Hampshire Honor Society alongside college football players from all divisions who earned a cumulative GPA of 3.2 or higher throughout their college careers.

“From the moment Ian stepped on campus he embraced Morgan State’s mission and grew into a leader in all aspects of being a student-athlete,” Haynes said.

In May, McBorrough, who was a member of the Clara I. Adams Honors College, graduated from the Earl G. Graves School of Business and Management with a 3.36 GPA. He was a six-time Athletic Director’s Honor Roll honoree and a two-time Dean’s List awardee.

McBorrough tributed time management as the key to balancing athletics and academics.

“Whatever you’re doing, whether it’s being a journalist or being an athlete, once you take something seriously, it becomes easier because you actually have passion for what you’re doing. If you mix that with good time management skills, it’ll be easy,” McBorrough said.

Seeing how the COVID-19 pandemic caused the cancellation of MEAC fall sports competition, McBorrough believes that sports will be at a standstill for the rest of 2020, but anticipates its return next year.

“I believe everything will pick back up in 2021. It all depends on the state of the U.S. at the time,” he said. “If we get the virus under control by then, I believe we will be back to normal. Everything is just up in the air honestly.”