An appreciation: Remembering a theater pioneer 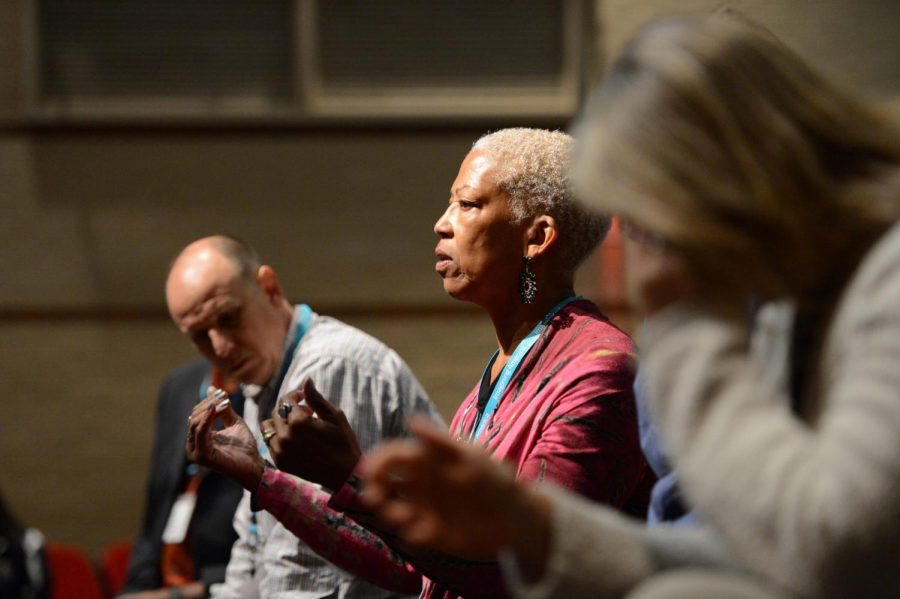 Cameron Potts, Special to the Spokesman

Shirley Basfield Dunlap, associate professor and coordinator of theater arts, in the Department of Fine and Performing Arts, was remembered this week as a demanding, exacting instructor and director who squeezed the best out of everyone who worked with her.

Dunlap died Monday. The cause of death has not been released.

The announcement Tuesday of Dunlap’s death stunned the campus and tributes immediately sprang up on social media.

I first met Dunlap when I was rehearsing for my first show with Morgan’s Opera Workshop, “Amahl And The Night Visitors,” while the theater students were on the other side of the hall rehearsing.

Out in the hallway, the music students and theater students would talk and joke around while waiting to go on stage, but there was always this one woman that I’d see come from the theater wing and tell everyone in the hallway, “Quiet behind the stage & on the set! We have a show to deal with!”

I initially was annoyed by this woman barking orders but soon realized it was Dunlap, whose reputation had preceded her because my sister Candace, a 2013 Morgan vocal performance major graduate, had worked on several occasions with Dunlap.

This was the woman I had always heard about before coming to Morgan; how she was a woman of excellence, a woman who was serious about her craft, and one who got the job done.

“Working with Dr. Dunlap was intense at first. It was very easy to be intimidated by her. She made it very clear that she expected excellence and anything less would not suffice,” said Donovan Fowler, a May graduate of the program. “I quickly learned that I had to step up my game if I planned to make it through this department. I later realized that I was getting prepared for how cut-throat the world is and how the world of theater can be. Dr. Dunlap pushed everyone to be better. She always wanted to challenge her students because she knew that was the only way we could grow and be better.

“As students advanced through the theater department, they would learn that she could be more than just intense,” Fowler added. “They would discover that she was ridiculously smart. They would get to see how hilarious she was. They’d learn that she saw what people could be, even if they didn’t see it in themselves. They would also realize what an amazing educator she was. Dr. Dunlap always found ways to make sure that all of her students understood whatever it was she was talking about through stories. Her stories are legendary and that’s probably what I’m going to miss the most about her.”

Dunlap earned a doctorate from the University of Maryland, Baltimore County where her dissertation was “The Oral History of African American Stage Directors of American Theatre.”  She had served as an associate professor at Iowa State and Towson Universities and as a member of the Society of Stage Directors and Choreographers.

“Dr. Dunlap was very hard. She was all about working hard and smart. She was a tough lover with emphasis on the tough,” said Daymon Gray, a senior theater arts major. “She wasn’t afraid to fuss you out if you weren’t doing right. But that is because she cared. She was so intelligent and wise and had a passion for the craft of theater. She knew was she was talking about and could back it up. It was a pleasure to work with someone so knowledgeable. She definitely cussed me out sometimes when I was being lazy, but it overall helped me to work harder.”

Candace Potts said she became a more confident performer after Dunlap directed her in the musical, “The Color Purple, telling Potts, “‘Girl, get out of your head and press for your dreams!’”

May graduate Kendra Speight said she never had the opportunity to experience Dr. Dunlap as a director,  but did get to work with her as an executive board member of the Ira Aldridge Players,  a student-led organization on campus that advocates for the welfare, betterment, and promotion of dramatic productions.

“She taught me the importance of being a knowledgeable actress,” said Speight. “It’s not enough just to be able to act, but you must learn your craft inside and out. Your knowledge is imperative in the choices you make. The more you know, the more you have to pull from.”

Cameron Potts graduated in May with a bachelor’s degree in multimedia journalism, with a minor in vocal performance, He also was a member of the Morgan State University Choir.