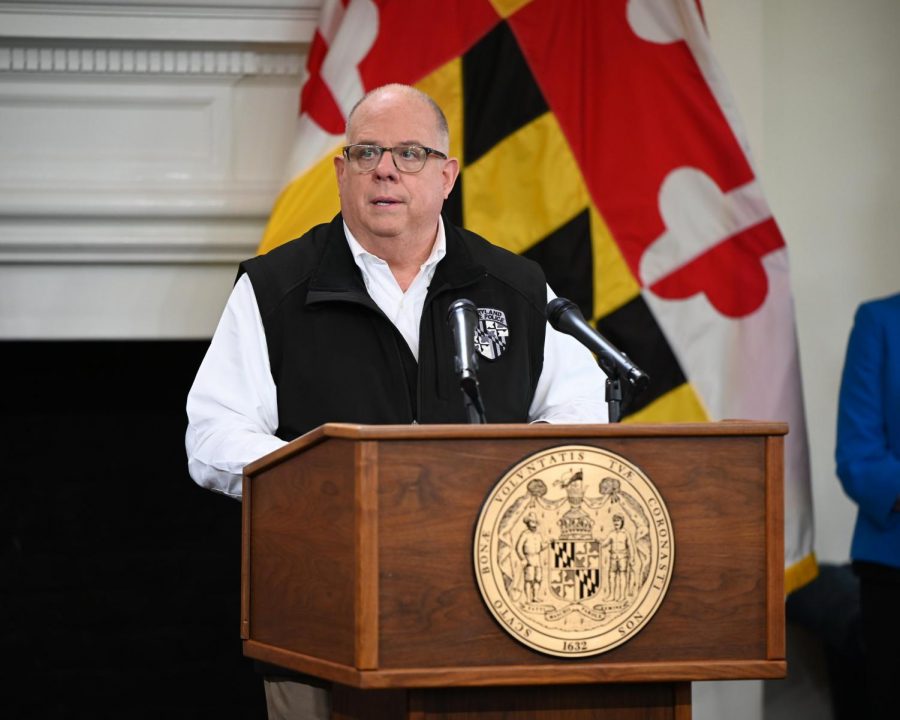 Courtesy of the Executive Office of the Governor

In midst of the coronavirus pandemic, Gov. Larry Hogan has tackled its spread with the state’s stay-at-home order, purchased 500,000 coronavirus test kits from South Korea and is slowly easing the restrictions on outdoor activities. However, Hogan vetoed several bills on Thursday, including one that directly affected Morgan State University.

Along with 21 other bills, the governor vetoed the legislation, HB1260, intended to increase the funding for Maryland’s historically black colleges and universities by nearly $600 million by 2031.

With this legislation, Morgan State, Coppin, Bowie, and the University of Maryland Eastern Shore would have received a large amount of funding over the next ten years for scholarships, academic programs, marketing, faculty, and more. The bill would have provided Morgan State specifically with $24 million—the most out of the four historically black universities in Maryland.

With a majority of the funding going towards the national treasure, University President David Wilson expressed disappointment with Hogan’s decision and never thought he would veto the bill.

“When the legislative session ended with the near unanimous approval of the HBCU funding, which within itself was a feat to be commended, we were hopeful that the Governor would sign the bill thus righting the wrongs of the past and setting institutions like Morgan on a course to be competitive with any flagship university across the nation,” Wilson said in a statement.

On March 15, the Maryland state senate voted unanimously to pass the bill. However, Hogan believed it would be irresponsible to pass laws that demanded increased spending during a pandemic.

If passed, the bill could have contributed to the settlement of the 2006 federal lawsuit alleging the state of Maryland insufficiently funded their HBCUs and implemented their academic programs at predominantly white institutions to drive students away from HBCUs.

Hogan addressed his reasoning for vetoing 22 out of at least 680 legislations in a letter to Maryland Senate President Bill Ferguson and Adrienne Jones, the Speaker of the Maryland House of Delegates.

“The economic fallout from this pandemic simply makes it impossible to fund any new programs, impose any new tax hikes, nor adopt any legislation having any significant fiscal impact, regardless of the merits of the legislation,” Hogan stated in his letter.

Despite Hogan’s explanation for his decisions, they left many people disgruntled.

Del. Darryl Barnes, chairperson of the Legislative Black Caucus of Maryland, was taken aback by Hogan’s veto after all of the hard work they put into passing this bill.

Barnes as well as President Wilson are hopeful that the veto will be reconsidered during the next legislative session and overrode.“We are disappointed by the decision and view it as a missed opportunity. We hope that the door for reconsideration remains open and look forward to potentially revisiting in the next legislative session,” Wilson said.