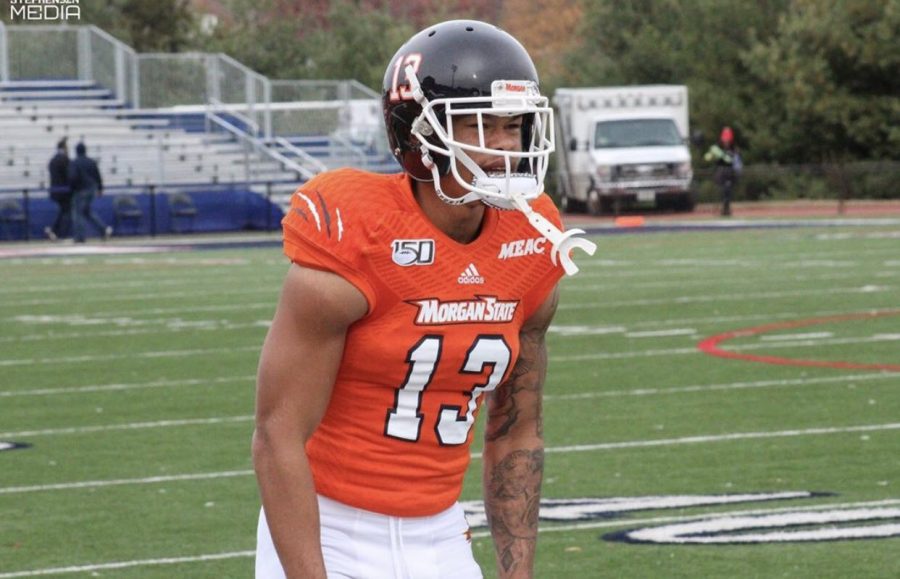 After not being selected in the 2020 NFL Draft, Morgan State senior wide receiver Manasseh Bailey signed an undrafted free agent contract with the Philadelphia Eagles this past weekend.

Bailey finished his 2019 season with 10 reception touchdowns and 54 receptions. He also had 996 receiving yards, the second highest in Morgan State history for one season, and was named to the 2019 All-MEAC Third Team.

Bailey’s coaches and teammates were ecstatic to hear he signed with the Eagles. Many of them went on social media to congratulate him.

“So pumped for you, go show what you are made of,” said Bears offensive coordinator Josh Firm in a tweet.

Assistant Athletic Director Andrew Magee is confident that the Eagles have found a diamond in the rough.

“While his sub-4.4 speed and special team talents are undeniable, it is his elite competitiveness that will ensure his success with the Eagles,” Magee tweeted.

While NFL teams can invite 90 players to their training camp, only 53 can make the final roster. Many rookies who were drafted by a team will not make the team’s final roster which means that Bailey’s task as an undrafted player will be even more challenging.

Bears wide receiver Brendan Easley echoed Magee’s sentiments when asked how he believes Bailey will do in the NFL.

“If he gets in that playbook early and plays his cards right, the possibilities are endless,” said Easley.

Some players who do not make the team’s final roster end up joining the practice squad.

Pittsburgh Steelers wide receiver Quadree Henderson’s career is an example of how difficult it can be for an undrafted player to find their footing in the NFL. Since going undrafted in 2018, Henderson has been waived multiple times and has been on five different teams.

If Bailey is able to overcome the odds and make the Eagles’ final roster, it will be the second year in a row a Morgan State player has done it. Last season, former Bears offensive lineman Joshua Miles made the Arizona Cardinals’ final roster after being drafted in the seventh round.

“Bailey, a small-school playmaker, is going to have to stand out to get attention early in the offseason,” said Philadelphia Eagles reporter Mike Kaye.