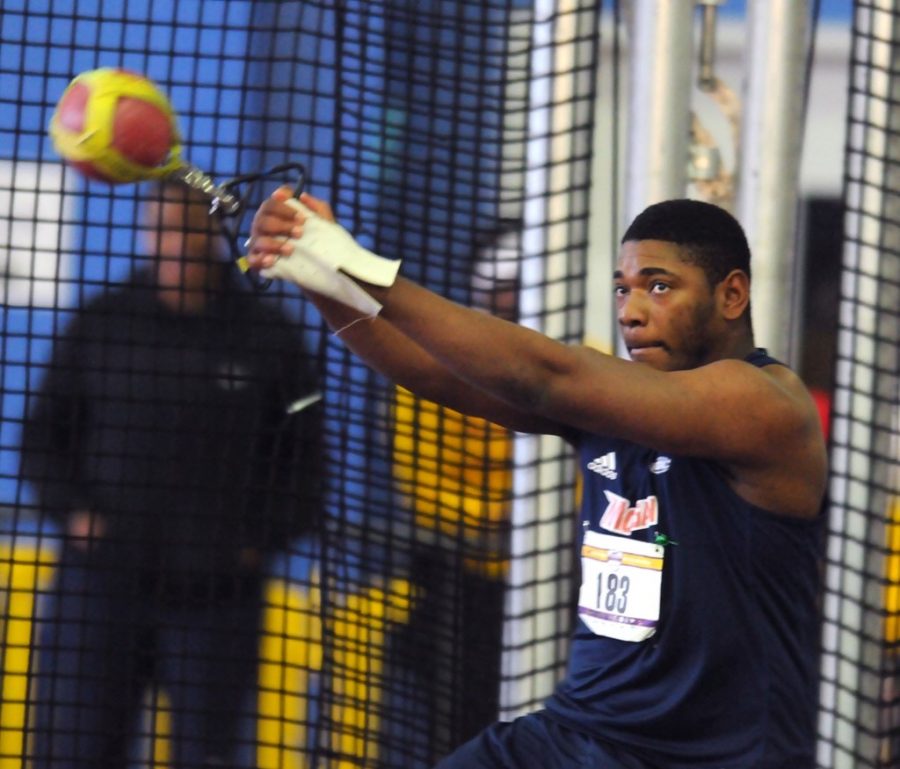 In March, the NCAA approved an additional year of eligibility for spring athletes, but now many universities including Morgan State will have to reconsider how they distribute athletic scholarships.

Senior Kurt Goodlitt, a thrower for the men’s track and field team, is contemplating whether or not to use his extra year.

Goodlitt competes in events such as the hammer throw, which involves throwing a heavy spherical object using an attached string. In his freshman year, he placed third in the Heptathlon at the MEAC Indoor Track & Field Championships.

The Jamaican native had spent hours training in the weight room, eagerly anticipating the 2019-2020 outdoor track season. But when administrators closed the campus in early March and switched to remote learning, his senior season was cut short.

In response to spring athletes’ seasons being cancelled across the country, the decision to extend eligibility was made by the Division I Council comprised of athletic directors, conference commissioners, and student-athletes.

While Goodlitt was crushed when his senior season come to an abrupt end, he said the NCAA made the right call cancelling the season.

“I’m very sad to see the season end like that but it was the correct thing to do for our safety and also the society as a whole,” Goodlitt said.

When University Athletics Director Edward Scott saw the NCAA’s announcement, he wondered what it would mean for the school’s athletic department. He knew that the decision would have financial consequences.

Now, Scott and his colleagues have to find out how many seniors want to return and determine the financial cost it will have on the athletic department. He added that it is not a guarantee that all seniors who wish to come back for another season will be able to afford it.

Just because spring athletes have an additional year of eligibility doesn’t mean the funding will be there, Scott said in a phone interview with The Spokesman.

Although social distancing guidelines have prevented Scott from interacting with students in-person,  he said their well-being has been at the forefront of his mind.

“At the end of the day, we need to have students back on campus to be a fully functioning department,” he said.

Many senior spring athletes across the nation will have to pay out of pocket for their education expenses if they wish to compete for another season. They may have to pay for at least a portion of their tuition.

For Goodlitt, whether or not he will use his extra year of eligibility depends on graduate school.

“If I choose to go to graduate school,” Goodlitt said, “I will be using my eligibility.”

However, it’s possible that he has competed in his last event in a Morgan uniform and his teammates will miss him.

Freshman and teammate James Minor said that Goodlitt helped him with his college matriculation.

“He has helped me with adjusting to the school,” Minor said. “The team will definitely miss him and having him around during practice.”