When the coronavirus hit, hundreds of Morgan's international students had two options: shelter-in-place or book a flight home 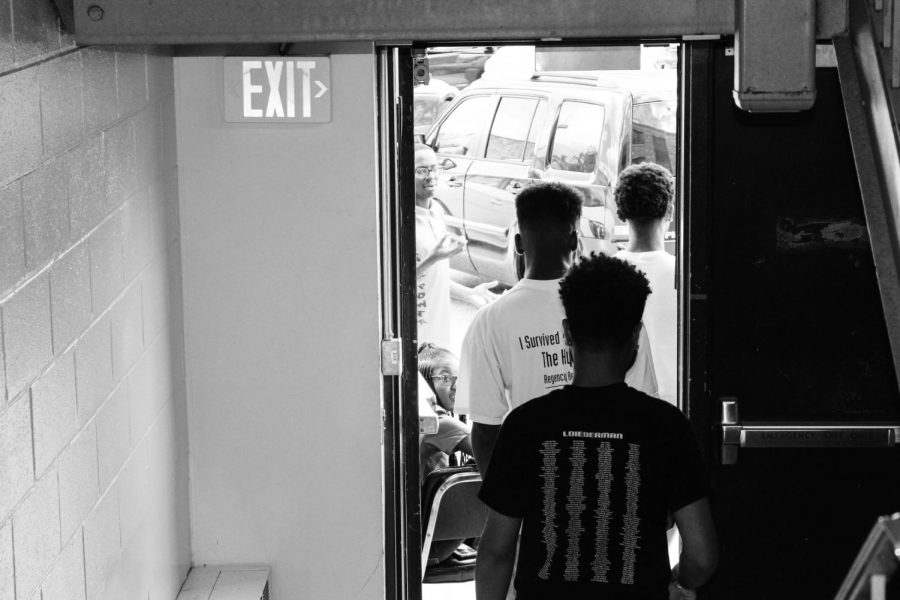 Physical Education Major Faith Bryant always knew she wanted to follow in her father’s footsteps and spend her college years at Morgan State University. So, when University President David Wilson announced the move to remote learning and all students were encouraged to return home, the sophomore, along with many other students, was disappointed.

In two days, Bryant packed up her belongings and booked a flight to Tokyo, Japan where her family lives.

“Everyone’s sacrificing in some way,” Bryant said. In her case, she’s losing sleep.

Since Japan is 13 hours ahead of the United States, she has to wake up in the middle of the night to attend her online classes.

“If I got to stay up in the middle of the night then that’s what I got to do,” she said.

In early March, colleges across the nation shut down their campuses one after another as administrators tried to manage a crisis, they hadn’t previously anticipated. Many couldn’t predict the severity that the coronavirus outbreak would have on every facet of life.

According to data from The Centers for Disease Control and Prevention, in the United States, there have been over 39,000 deaths due to COVID-19 and over 66,600 recoveries out of over 740,500 confirmed cases. Over 12,300 of those cases are in Maryland which so far has reported over 460 deaths and over 770 recoveries.

The question of whether online schooling will persist through the upcoming semester still hangs in the air. But last week, Wilson appointed a Special Online Class Remote Instruction Committee to access online learning at the university, but no decision has been announced.

Colleges and universities present opportunities for people from different backgrounds to meet and Morgan’s student population has grown increasingly diverse over the years.

When the news broke that the spring semester would transition online, students headed home. Some, like Bryant, flew overseas, while others either stayed on campus to fulfill responsibilities or didn’t really have a choice.

He has been staying with his aunt who lives in New Jersey since March 14. The Trinidad native packed three-weeks’ worth of clothes with the intention of spending spring break there and returning to Trinidad to stay with his family this summer.

However, as states enforce lockdowns to curb the spread of COVID-19, what Sergeant believed would be a short visit, is now turning into a semi-permanent stay. The university has suspended all housing checkouts and he doubts that he’ll be able to see his parents in the coming months.

Sergeant hasn’t returned to campus since spring break. He said he misses socializing with people his age, but besides that, he’s been fine living with his aunt.

Other students with international ties and on-campus responsibilities decided it was better to stay as close as possible.

Senior biology major Jeffon Stubbs, a resident assistant at Marble Hall Gardens, originally anticipated that his job would require him to stay around campus longer than other students.

At that time, students had only been asked to stay home for two weeks after spring break and since Stubbs hadn’t made any plans—he had no issue with staying behind.

“I just anticipated holding it down in Marble until we returned for classes,” he said.

Once the two-week-long hiatus turned into a semester-long reality, plans changed, but Stubbs’ mindset stayed the same.

“That would require…all hands on deck,” he said.

He didn’t mind staying behind because to him, this was the service that he’s committed to when he took the job.

“They didn’t force us, we had the option to leave, but I just chose to stay behind to help out.”

Seniors like Stubbs are just trying to get through their final year of college, despite the fact that their graduation ceremony will take place online.

“I’m just looking forward to the day when my grades are submitted and I can just transition into my next phase of life,” the student regent said.

But for underclassmen like Bryant and Sergeant, who have at least two more years left until graduation, they cling to the flickering hope of returning to campus by the fall.

“As much as I love my family and I really get along with them…now I’m used to being [on campus],” Bryant said. “Hopefully everything is fine by fall semester.”