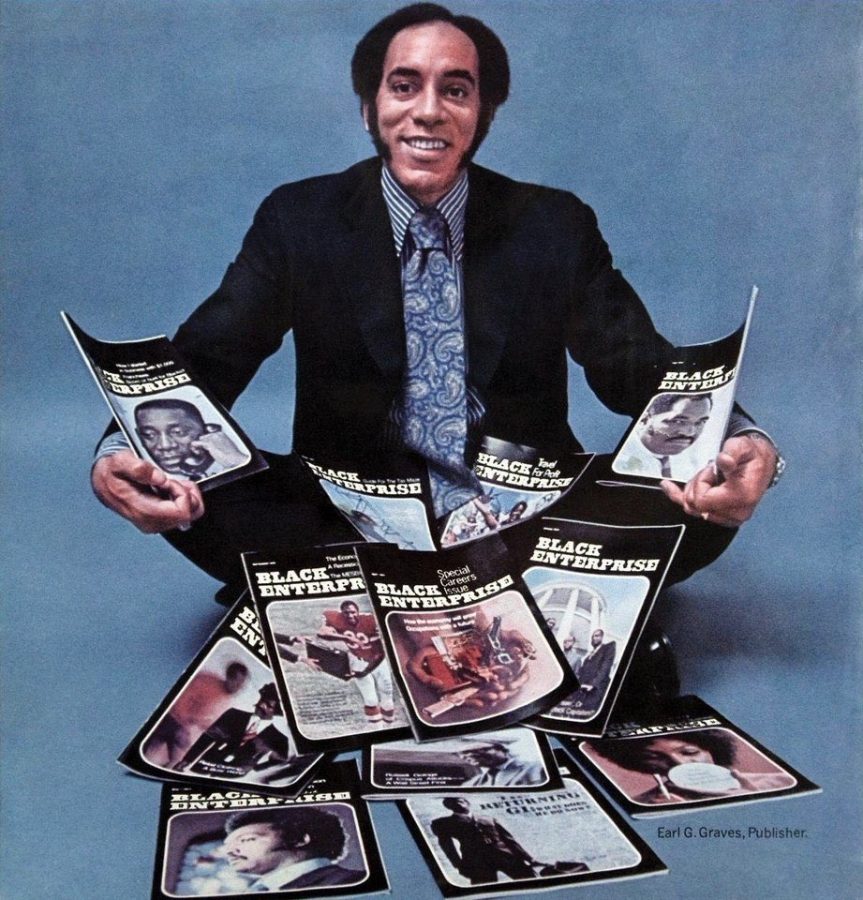 Graves Sr. suffered from a long battle with Alzheimer’s, said his son Earl “Butch” Graves Jr., CEO of Black Enterprise, on Twitter. Graves Jr. referred to his father as a “hero” in his statement.

“I loved and admired that giant of a man, and am blessed to be his namesake,” he said.

He was recognized by Fortune Magazine as one of the 50 most powerful and influential African Americans and was inducted into the U.S Business Hall of Fame. In 1999, he received the 84th NAACP Spingarn Medal, the highest achievement awarded to an African American by the organization.

The National Black College Hall of Fame member has also received honorary degrees from over 60 colleges and universities, including Morgan State, and served on Howard University’s Board of Trustees.

But the acclaimed businessman and champion for African American entrepreneurs started from humble beginnings.

Born Jan. 9, 1935 and raised in New York City, Graves found his way from the concrete jungles to Morgan State’s campus where he earned a bachelor’s degree in economics in 1958.

He served two years in the Army and met wife Barbara Kydd Graves who would later help him launch Black Enterprise Magazine.

He quickly became a force in politics, media and philanthropy.

He volunteered for Lyndon B. Johnson’s presidential campaign in 1964, then spent four years as Sen. Robert F. Kennedy’s administrative assistant.

In 1970, the HBCU graduate decided to pour everything he had learned back into the black community and launched Black Enterprise Magazine, a publication that served black entrepreneurs and black businesses.

“My goal was to show them how to thrive professionally, economically and as proactive, empowered citizens,” Graves Sr. said in his award-winning, business bestseller, “How To Succeed In Business Without Being White.”

Aside from his success with Black Enterprise, Graves thrived in other areas as a businessman.  He was the CEO and owner of Pepsi-Cola in Washington,D.C., part of a $60 million deal made with basketball legend Earvin Magic Johnson.

University President David Wilson reflected on the loss in a statement addressed to the Morgan community on behalf of the University’s Board of Regents.

“This son of Morgan was a legend in his own right and a great individual whose loss we mourn tremendously,” he said. “He will be sorely missed.”

University Archivist Ida Jones said that she admires Graves Sr. for investing into future black business leaders. He attended Morgan at a time the university began fueling the “black genius.”

According to Jones, Graves Sr.’s integrity and tenacity are values that all Morgan students should have.

His devotion to educating African Americans shone through the contributions he made to his alma mater. He gave a $1 million gift to the university to advance business education, as a result the university renamed the school of business and management the Earl G.Graves School of Business and Management in 2015.

Ali Emdad, associate dean of the Earl G. Graves School of Business and Management, respected Graves’ business philosophies and said that his advice was instrumental to student success.

“He understood everything doesn’t have to happen on the first try,” Jones said. “And he always kept space for the blue and orange Bears in his heart.”