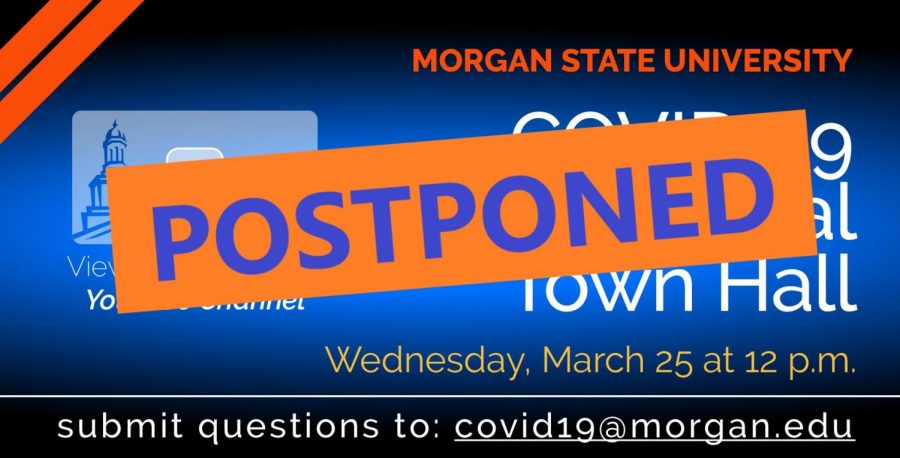 On March 24, President David Wilson and his administrative team released an announcement postponing the town hall for a later date that has yet to be announced.

Jones said that the virtual town hall would have disregarded the criteria in Hogan’s order, such as limiting access to state-owned buildings, encouraging employees to telework, and the banning of gatherings of groups in sizes of 10 or more.

“For the virtual town hall, which was intended to be taped live, the University’s intention was to bring together a small collective of administrators in a forum that exhibited social distancing protocols,” Jones said in an email to The Spokesman.

The postponement, however, has left students, parents and faculty wondering whether their questions will go unanswered.

Phylecia Dyson, a senior multi-platform production major, was disappointed by the postponement. The mother of one had planned to ask Wilson about on-campus daycare services. Something she had wondered about before the university transitioned to online learning and telework due to the coronavirus pandemic.

In response, the Office of the President has urged concerned individuals to send their questions regarding COVID-19 to [email protected], where they will be answered by the appropriate department.

Jones also noted that a FAQ page for the university website based on the questions they are receiving is undergoing development, but date for when it will be posted has not been released.

“What we are experiencing is not something we’ve been through before and the University is adapting in real time,” Jones said. “This is a very fluid situation and we appreciate everyone’s patience and understanding.”

–Oyin Adedoyin, The Spokesman’s editor in chief, also contributed to this article.