Stanley Davis Jr. benches Morgan Jersey, but not the ball 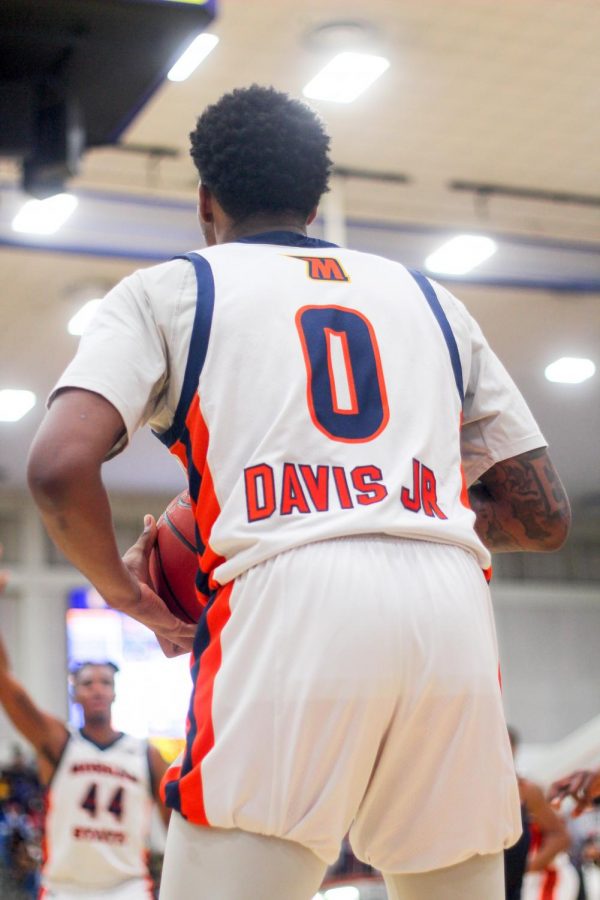 Stanley Davis Jr. anticipates his next move on the basketball court.

When team captain Stanley Davis Jr., a Pennsylvania native, began his Morgan career in 2016, he hardly touched the ball—an unusual reality for the former high school star player. Four years later, he’s noted as the team’s lead scorer as he dribbles and weaves through his final season of collegiate level basketball.

“I came in as a hotheaded freshman, from being that guy at my high school to not playing in college,” he said.

Davis, a multi-platform production major, completed his freshman year with a total of 40 points. With the momentum to prove he belonged on the team, he was rewarded a spot on the starting lineup during a period of his sophomore year.

The 204-pound senior, who led his team in the most scored points, free throws, rebounds and assists, hit 1,000 career points during Monday’s game against Delaware State in the Hill Field House. A milestone his mother Djuana Davis made him aware of and that only 28 players in the history of Morgan’s men basketball have reached.

“It wasn’t just about me, it was about my team,” Davis said. “My teammates helped me get those 1,000 points…without them, I can’t get the ball—I can’t do it by myself.”

“The hard-working mentality he brings, not just in games but practice every day,” Broadus said.

“Davis pushes everybody to their limits on and off the court, showing up no matter how he is feeling,” Rawls said. “He is ready to work every time he steps on the court.”

As Davis sets to close the chapter in his Morgan career, he plans to continue his basketball career post-graduation.

“Basketball is my livelihood—it’s everything to me,” he said.

Davis will play his last home game on Thursday against Norfolk State in the Hill Field at 5:30 p.m., along with senior forwards Victor Curry and David Syfax Jr. The Bears will begin to play in the Mid-Eastern Athletic Conference on March 10.