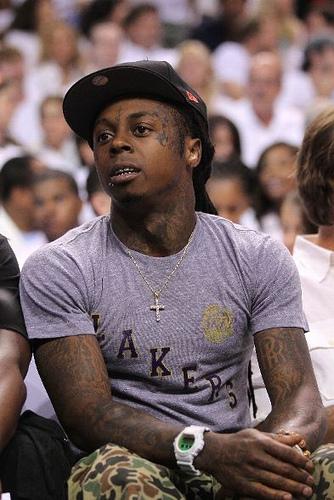 On Tuesday, March 26 recording rap artist Dwayne Michael Carter Jr., known to most as Lil Wayne, had no worries as he released his 10th studio album entitled “I Am Not A Human Being II.” Wayne’s album could not have come at a better time as it may have very well distracted the public from the seizure that hospitalized him earlier this month. Wayne features an all-star cast of artists on the album such as Nicki Minaj, Drake, 2 Chainz, Big Sean, Future and others.

Compared to Wayne’s last album “The Carter IV,” which sold  940,000 in its first week, his latest album made just over 210,000 sales during the first week. Although the album may not be as enjoyable as his others, it is still worth giving a listen to. Still, tracks such as “Hello” and “Hot Revolver” give off a Rock & Roll vibe. Some fans may find this album different or unusual from what they are use to, leaving them to wonder where Wayne’s music future is going.

MTV released a “Hottest MC’S In The Game” list, one of which Lil Wayne was not featured on. “I didn’t even check the top 10 list, but I’m glad I didn’t make it neither, says Wayne. “I probably pissed some people off at MTV or something, I don’t know.” Besides the Rock & Roll type songs on the album, it is worth listening to.

This album leaves fans to possibly wonder, is Wayne losing his musical touch? Where is the Wayne that claimed to be “the best rapper alive?” Where is the Wayne that we all miss and love from the Carter I and II? Those albums had classic music with songs such as “GO DJ,” “Hustler Musik,” “Fireman” and others. Those were songs that made many people fall in love with him. Joe Caramanica from the NY Time newspaper said, “The words he puts together don’t shock the way they once did.” This album is more of him trying out new things.

Wayne also announced that he will be doing a tour with artists TI and Future. Hopefully he will come back stronger than ever on his next project and prove to fans, media and everybody else that he is not done just yet. If not, he may lose fans before he knows it.