Out of the 35 choir members, about seven students had minor injuries, according to a university statement. 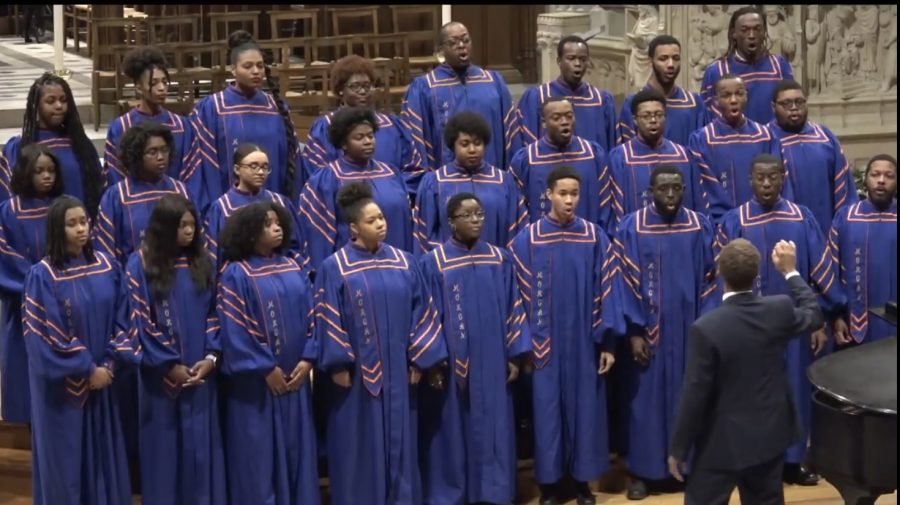 At about 10:45 a.m., the majority of the Morgan State University choir members were asleep and headed to the Washington National Cathedral for their performance on Sunday, Feb. 16.

They were awakened when their bus driver roughly slammed the brakes before colliding into another vehicle. Students fell to the floor, pushed out of their seats, and some were slightly injured.

“When the bus slammed the brakes, I was in the left window seat and I flew all the way to the right window seat,” said Julien Johnson, a freshman creative writing major.

Of the 35 choir members, about seven students sustained minor injuries and were evaluated by emergency responders at the accident scene, according to a university statement released later that day.

“Due to some discomfort experienced following the incident one student did not participate in the performance,” the statement said.

Johnson saw members of the choir fall to the ground, he noted that one student broke his watch when he landed. While the worst injury reported was a sprained ankle, the other members left the scene sore.

Since the accident, the university has followed up with the students who were injured and excused them from their classes.

“The university has gone out of their way to make sure all of the choir members’ injuries were tended to and getting the proper medical attention,” Choir Director Eric Conway said. “They’ve been very admirable.”

Despite the accident, the choir was still able to perform, making it their first performance at the Washington National Cathedral since their Nelson Mandela tribute in 2013. The group represented Morgan State University and other historically black colleges and universities in a “special Eucharist as part of Black History Month.” The cathedral invited alumnae, organizations and families on behalf of all HBCUs.

“Since the choir is such a close family, we were able to come together and realize we still have an obligation to perform,” said Ashlyn Wilson, a freshman multimedia journalism major. “Aside from the obstacles we faced, we were able to pull through and perform well.”