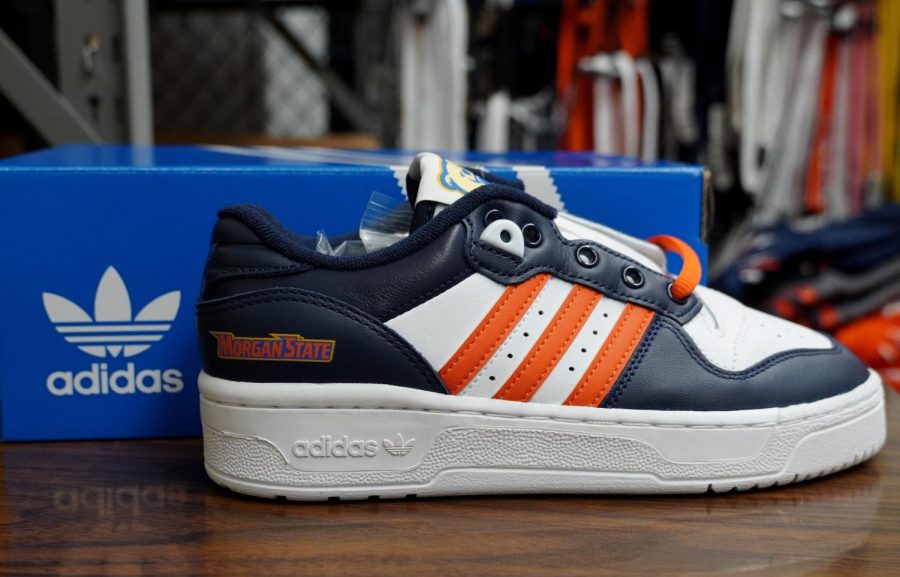 On Monday, Morgan State’s Athletics Department unveiled its newest product in partnership with Adidas on Twitter—the marching band’s customized shoe. Similar to the university’s sports teams, the Adidas tagged footwear is exclusive to its band members.

Personalized with the official Morgan mascot, located on each tongue and threaded with orange laces, the exclusive shoe features orange and blue stripes, similar to Adidas’ traditional three-stripe design. Located on the right rear side of each shoe, the Morgan State logo is emboldened.

“We are very proud of the partnership and all of our partnerships with our HBCU universities,” Thomas Bauman, the National Collegiate Athletic Association Marketing Manager at Adidas said. “We are happy the band is reacting well to this.”

“We wanted to make this exclusive to the university and band at each one of these schools,” Bauman said.

While the band receives its gear from other companies, including the traditional warm-up suit, the team was in need of an athletic sneaker, Morgan Band Director Melvin Miles said.

“I think the shoes are perfect, former band member Kayla Johnson said. “They really got the warm-up down to a tee; I don’t know how they did that.”

With the help of Hans Desir, Morgan’s director of equipment operations, the idea of the shoe came to life.

“That was just one of the things we wanted to give back to them to compensate for all the hard work they put in,” Desir said.

While the Morgan State community is eager to snatch a pair of orange and blue lace-ups, others including Xavier Page, a five-year band member is appreciative of the launch’s exclusivity.

This past November, Morgan State was the first HBCU in Maryland to march in the 93rd annual Macy’s Thanksgiving Parade and for people like Johnson who have a connection to the community, it was great to be recognized on a national scale.

“You know, HBCU bands, when it comes to marketing—we are really overlooked by a lot of these companies,” Johnson said.

The newly designed shoe is not available for purchase.